You are here: Home / Uncategorized / Where’s the Coverage? Israel Surrounded by Threats

Should the United States — and allies — strike Syria, both Iran and Syria have threatened to retaliate against Israel. This has received coverage in the popular press. The news media have also reported that Israel has had to call up reservists and deploy extra missile defenses, and even recounted:

In addition to [gas] masks, the Israeli government handed out small plastic tents designed to protect newborns and was running videos with step-by-step instructions on how to correctly don the gear.

What the media have missed are the multiple threats that Israel confronts beyond this immediate crisis. Israel literally faces peril on every border and Israelis are in danger from terrorists even when they travel abroad.

Infographic from the Israeli Embassy depicting some of the dangers, and more following the jump. 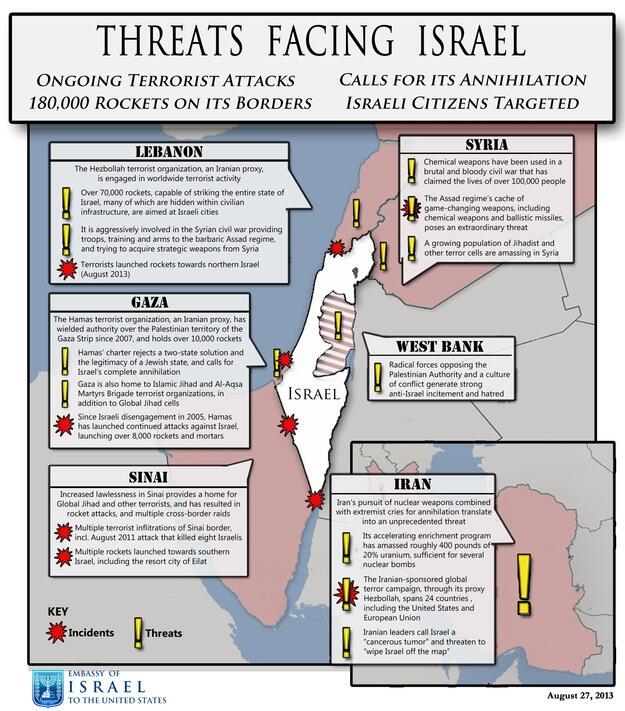 Israel and Israelis yearn for a peace that allows Israel to be able to invest in ourselves, building a better society for our children, and creating a prosperous future.

Israel committed to peace with its neighbors? Israel interested in reaching an agreement with the Palestinian Arabs? Well you certainly haven’t heard much of that from the media. As for the multiple, persistent threats all around… Where’s the coverage?