You are here: Home / Uncategorized / B’nai B’rith Mourns The Loss Of Margaret Thatcher 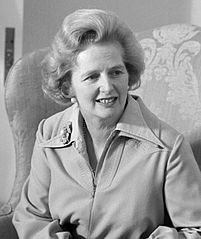 B’nai B’rith mourns the loss of former British Prime Minister Margaret Thatcher, who died April 8 at the age of 87.

Thatcher was a leading and reliable voice supporting free emigration for Soviet Jews. She spoke forcefully on behalf of Jews prevented from leaving the Soviet Union and demanded that restrictions be lifted.

Thatcher served as prime minister from 1979 to 1990 — the only woman to ever hold the post.

B’nai B’rith joins the British people in mourning her loss.