You are here: Home / Uncategorized / Hell Appearantly Has Frozen Over 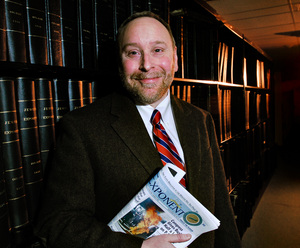 Will surprises ever cease. Not only are we having a “white Passover” thanks to a freak snow shower on the eve of Chag Aviv, but we are hearing praise for President Barack Obama from unexpected quarters.

Jonathan Tobin is known to our community as the executive editor of Philadelphia’s Jewish Exponent from 1998 to 2008. Since then he has been the senior online editor the non-Conservative monthly magazine Commentary. He has never been a fan of the Democrats, but Obama’s visit to Israel last week seems to have impressed him:

But one thing has undoubtedly changed in the aftermath of the presidential visit to Israel: Barack Obama’s image as an antagonist of the Jewish state. In terms of his attitude toward Israel, in the past three days Obama has altered his status in that regard from being the second coming of Jimmy Carter to that of another Bill Clinton. That won’t exempt him from criticism, nor does it mean that he will have even a remote chance of succeeding in moving the region toward peace. But it does mean that many of his Jewish and Democratic defenders have been to some extent vindicated and his critics chastened, if not silenced.

The Zionist Organization of America (ZOA) today praised several important, positive statements made by President Barack Obama’s during his visit to Israel. In speeches delivered in Israel, President Obama testified to the millennia-old Jewish religious and historical bond with the land of Israel; the success of Zionism in transforming the Jewish people into a genuinely free people in their own land; called for Hizballah to be labeled by all as a terrorist organization; called for the Palestinians to accept Israel as a Jewish state and for Arab nations to normalize relations with Israel; and affirmed America as Israel’s strongest ally and greatest friend.

[T]o continue to act as if [President Obama] is an enemy of Israel is both counter-productive and tactically wrong, and will only alienate from both Israelis and American Jews those conservatives who continue to act in such a manner. If Obama makes a wrong move, then call him on it. But encourage him to – as a friend of Israel – do what has to be done to secure the future of the Jewish state.