You are here: Home / Uncategorized / President Obama Keeps His Commitments 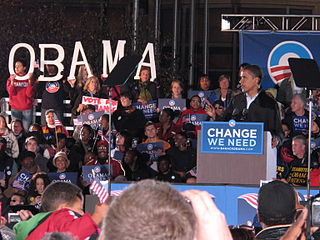 President Barack Obama’s second inaugural address demonstrated the clear reasons why his second term agenda reflects the values of most American Jews. From protecting the social safety net to addressing climate change to securing equal rights for all, the President firmly articulated many of the policies overwhelmingly supported by the American Jewish community.

More after the jump.
A little more than a century and a half ago, President Abraham Lincoln took his oath of office as the 16th president of the United States. Fifty years ago, the Reverend Dr. Martin Luther King, delivered his “I Have A Dream” speech at the Lincoln Memorial. The bibles belonging to each man will be united this Monday, Jan. 21, as President Barack Obama, our 44th President, places his hand on both sacred books while taking his second oath of office. The symbolism in using these two very carefully chosen texts is rich in knowledge, conviction, optimism, inspiration and struggle.

On Nov. 4, 2008, for millions of Americans, a historic shining moment of sheer euphoria existed. Daunted not by the opposition’s corrosive tone, the winners, cognizant of potential struggles, were poised to move America forward with a bold, new agenda.

This was a grand, long-awaited agenda, one that would change America forever, one from which all Americans could benefit. And while more could have been accomplished had we a Congress engaged in civil, respectful debate and compromise, still, in four short years, many significant undertakings were successfully achieved. Often amid denigration, mired in distortions and lies, domestic and international priorities still were addressed. Consider that President Obama:

President Obama’s strong record on Israel must neither be overlooked nor minimized. He remains unwavering in his support for Israel’s safety and security. In 2007 during NJDC’S Washington conference, Presidential candidate Obama told the audience, “When I am president, the United States will stand shoulder to shoulder with Israel in search of peace and in defense against those who seek its destruction.” He continues to make good on this promise.

Israeli leaders agree: Former Prime Minister and former Minister of Defense Ehud Barak stated, “… when it comes to this nation’s security, the Obama administration is doing more than anything that I can remember in the past.” President Shimon Peres recently said that President Obama has “pledged a lasting friendship for Israel … Israel’s security is ‘sacrosanct.’ So you pledged. So you acted. So you’re acting. As a great leader, as a genuine friend.”

Looking to the next four years, euphoria still exists, but one that is more tempered by obstacles in the form of a nettlesome political opposition bent on blocking whatever President Obama proposes. Yet, this last election provided a clear mandate. As this second inauguration quickly approaches, a new set of challenges on the horizon includes:

Our Jewish heritage provides rich troves of ideas and knowledge to face the struggles plaguing our society. As Jews, we bear inescapable moral obligations not just from those outlined in our own Bible, but also from the experience we have as a people. We have an obligation to improve society, and are proud that tikkun olam plays a strong role in defining, enriching and invigorating our Jewish identity. Born with different natures, our own free will is what permits us to choose the paths we take. By selecting the road guided by “yetzer hatov,” our inclination to do good, we become part of the solution.

As an active and engaged community, we have the opportunity to use our strong public support to help move forward the new and bold agenda for the next four years. Let us take this journey together. We can agree, disagree, debate and discuss. But let us do so with mutual respect and trust. In the true spirit of “United We Stand, Divided We Fall,” let us work in earnest and together toward achieving our goals.