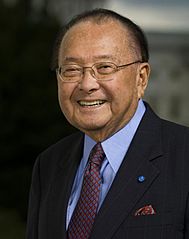 — by Marc R. Stanley and David A. Harris

On behalf of NJDC, we extend our condolences to Senator Inouye’s family and the people of Hawaii. The Senator leaves behind a distinguished record of heroism and service to our country that has inspired members of younger generations to enter public service. Senator Inouye was one of the strongest pro-Israel voices on Capitol Hill, and his leadership within the Senate Appropriations Committee’s subcommittees resulted in significant increases in aid for Israel. He was a true mensch in every sense of the word, and we are deeply saddened that he is no longer with us.