You are here: Home / Uncategorized / Special Mother’s Day Report from the War on Women: Equal Pay

This is Chapter One of a three-part series on the War on Women.

From the very beginning of his administration, President Obama has worked to ensure that women are paid fairly for their work. The President is committed to securing equal pay for equal work because it’s a matter of fair play, and because American families and the health of our nation’s economy depends on it.  April 17 was Equal Pay Day, which marks the fact that, nearly 50 years since President John F. Kennedy signed the Equal Pay Act of 1963, the average woman still has to work well into the calendar year to earn what the average man earned last year.

In conjunction with Equal Pay Day:

From signing the Lilly Ledbetter Fair Pay Act, to creating the National Equal Pay Task Force, to proposing minimum wage and overtime protections for home-care workers – 90% of whom are women – President Obama has made clear his belief that there should be no second class citizens in our workplaces and that making our economy work means making sure it works for everyone.

If only women had a coupon like this, they wouldn’t suffer from the wage gap!

Working women power America’s economy and sustain our middle class. For millions of families across our country, women’s wages mean food on the table, decent medical care, and timely mortgage payments. Yet, in 2010 — 47 years after
President John F. Kennedy signed the Equal Pay Act of 1963 — women who worked full-time earned only 77 percent of what their male counterparts did. The pay gap was even greater for African
American and Latina women, with African American women earning 64 cents and Latina women earning 56 cents for every dollar earned by a Caucasian man. National Equal Pay Day represents
the date in the current year through which women must work to match what men earned in the previous year, reminding us that we must keep striving for an America where everyone gets an equal day’s pay for an equal day’s work.

At a time when families across our country are struggling to make ends meet, ensuring a fair wage for all parents is more important than ever. Women are breadwinners in a growing number of families, and women’s earnings play an increasingly important role in families’ incomes. For them, fair pay is even more than a basic right — it is an economic necessity.

That is why my Administration is committed to securing equal pay for equal work. The Lilly Ledbetter Fair Pay Act, the first bill I signed as President, empowers women to recover wages lost to discrimination by extending the time period in which an employee can file a claim. In 2010, I was proud to create the National Equal Pay Task Force to identify and combat equal pay violations. The Task Force has helped women recover millions in lost wages, built collaborative training programs that educate employees about their rights and inform employers of their obligations, and facilitated an unprecedented level of inter-agency coordination to improve enforcement of equal pay laws.

Working women are at the heart of an America built to last. Equal pay will strengthen our families, grow our economy, and enable the best ideas and boldest innovations to flourish — regardless of the innovator’s gender. On National Equal Pay Day, let us resolve to become a Nation that values the contributions of our daughters as much as those of our sons, denies them no opportunity, and sets no limits on their dreams.

NOW, THEREFORE, I, BARACK OBAMA, President of the United States of America, by virtue of the authority vested in me by the Constitution and the laws of the United States, do hereby proclaim April 17, 2012, as National Equal Pay Day. I call upon all Americans to recognize the full value of women’s skills and their significant contributions to the labor force, acknowledge the injustice of wage discrimination, and join efforts to achieve equal pay.

IN WITNESS WHEREOF, I have hereunto set my hand this seventeenth day of April, in the year of our Lord two thousand twelve, and of the Independence of the United States of America the two hundred and thirty-sixth. 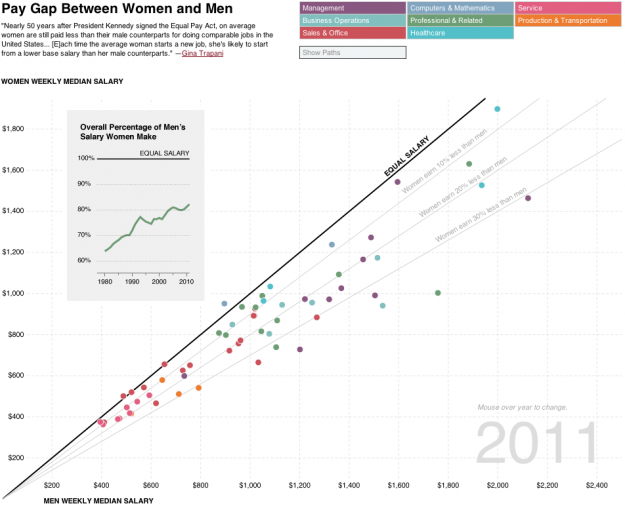