According to Prof. Andrew S. Tananbaum:

With only Newt Gingrich and Ron Paul as official opponents, Mitt Romney swept to easy victories in five primaries yesterday. Nevertheless, even with such weak opponents, in only one state, Connecticut, did he crack 2/3 of the vote, and there just barely with 67.4%. And this in the region of the country where he is best known and where he is judged by how he governed in Massachusetts rather than by what he was forced to say to placate the base on the primary campaign trail.

Newt Gingrich having focused his efforts on Delaware and only garnering 27% of the vote is said to be reconsidering his campaign although he continues to rally for support in North Carolina which votes a week from Tuesday. (See map below the jump.)

As for Ron Paul, inTrade gives him about a 3.5% chance of carrying his home state of Texas which does not vote until May 29, so he’ll presumably continue his quixotic campaign until the bitter end. 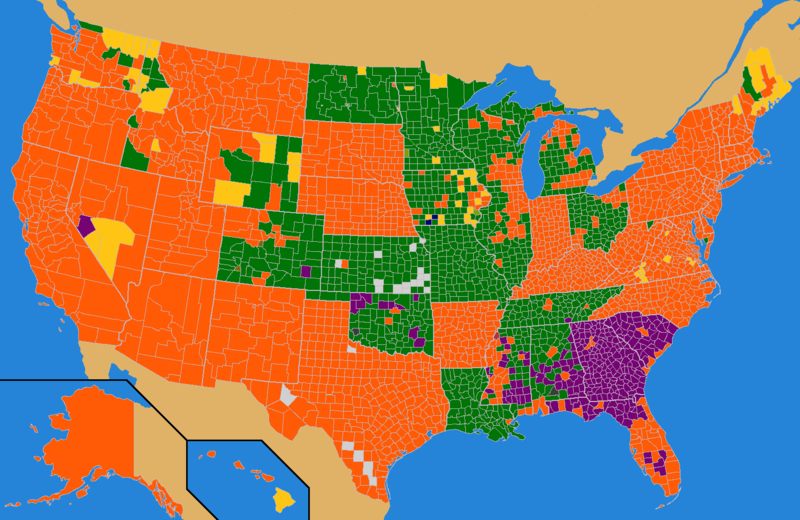