You are here: Home / Uncategorized / Michigan Flip-flops On Romney’s Behalf 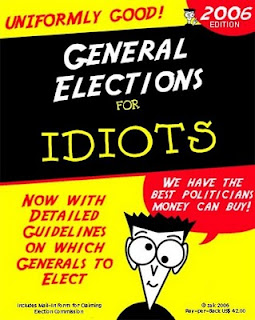 According to the Detroit Free Press, the Michigan Republican Party will award both at-large delegates to Gov. Mitt Romney (R-MA) “despite the party’s rules that the two at-large delegates are supposed to be awarded on a proportional basis based on the statewide popular vote. The rest of the state’s delegates will be split evenly between Romney and Santorum because each won seven congressional districts across the state. As a result, Romney gets 16 delegates and Santorum 14.”

For those keeping score, this makes Michigan the 3rd state unclear on how to run an election. First, “Mitt Romney was declared the winner in Iowa until several days later miscounted votes were found which put Rick Santorum ahead. Romney was named the victor in Maine without all caucus votes counted because they were lost in someone’s email. Now, the Michigan delegate count was changed two days after the primary either due to sloppiness, ambiguity in the rules or a backroom power play.” (Taegan Goddard)